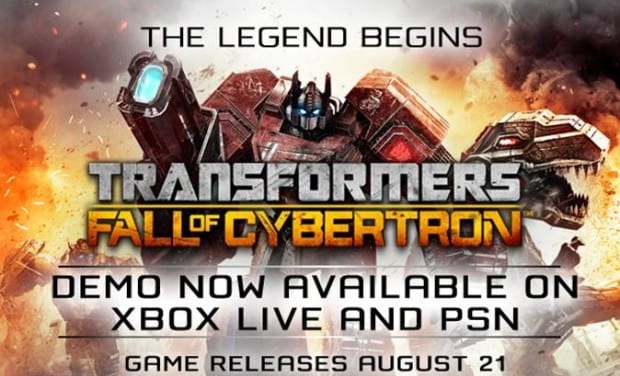 The demo includes a little of the single player and the multiplayer experience.  In the single player you get to play as fan favorite Bumblebee for the Autobots.  You can also play as the Decepticon Vortex, a triple changer that transforms into a chopper and a jet, as well as its robot form.  If you’d rather create your own Transformer, then take a look at the multiplayer customizer and get some action in Team Deathmatch and Conquest.

While we have to wait until August 21 for the full game, the demo should help ease the wait time.