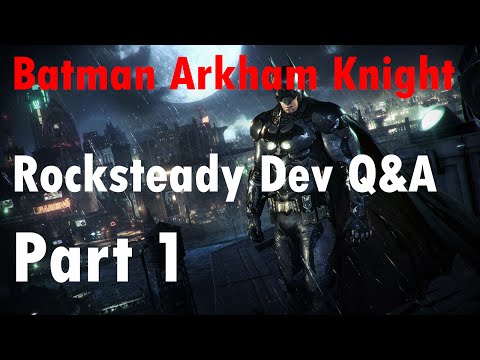 Rocksteady has stated that while it doesn’t have a locked resolution and frame rate for the upcoming Batman: Arkham Knight, the studio is aiming for parity across both the PlayStation 4 and Xbox One.

During a recent livestream, Rocksteady revealed it has no definitive resolution in frame rate, but its goal is to have it be consistent across all platforms.

“We don’t know yet,” a Rocksteady developer said. “We’re about six months away from going gold. So we don’t know what the resolution and the frame rate’s going to be yet. That’s something that happens during the optimization phase of the game. We’re aiming for parity across all platforms. Whatever it is, it’s going to be awesome.”

Revealed earlier this year, Batman: Arkham Knight is coming to PC, PlayStation 4 and Xbox One on June 2nd.

For more on the third game in Rocksteady’s Arkham trilogy, check out our Batman: Arkham Knight.