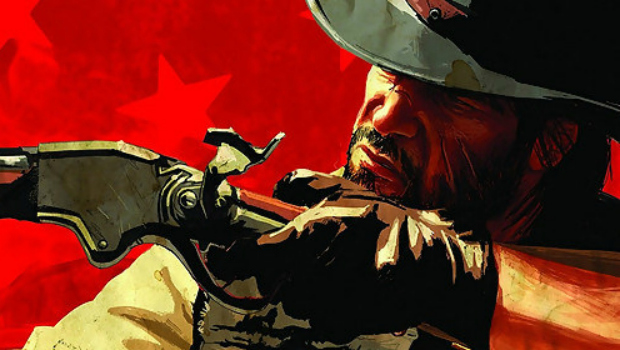 Over the weekend, Rockstar Games tweeted an image which many believe alludes to an imminent reveal of the long-rumored Red Dead Redemption 2. A second Red Dead-esque image appeared on Rockstar’s Twitter page this morning.

The first tweet, which appeared yesterday, consisted of only an image of the Rockstar logo with a clearly Red Dead aesthetic. The tweet quickly caught traction on social media, gaining over 100 thousand likes within three hours of going live.

This morning, a second textless tweet from Rockstar appeared, this one with a decidedly more “Red Dead” looking image. The image shows the silhouette of seven men/women resplendent in cowboy attire, all against a red backdrop with a distant setting sun. As of publishing, the tweet has garnered nearly 100k likes over three hours.

Rumors of a sequel to Red Dead Redemption have been circulating the web for years a distinct peaking point back in April when an alleged map for the game leaked on NeoGAF. Following the leak, Techradar reported that the map was confirmed to be real by “a source close to the development of the new Red Dead game.” The report also stated that the game would be a prequel to Red Dead Redemption.