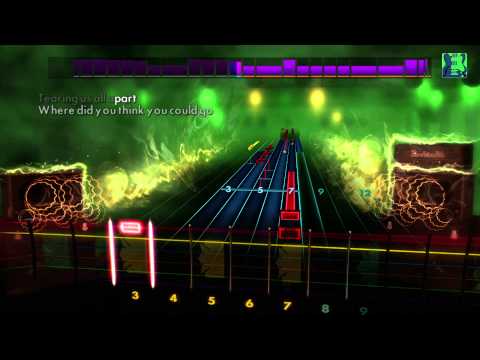 Confirmed via the Ubiblog, the team at Ubisoft confirmed that Rocksmith 2014 is coming to PlayStation 4 and Xbox One in November.  It won’t just be a straight port though – the game will come with a few new goodies, and some fantastic news on DLC.

Rocksmith 2014 Edition on PS4 and Xbox One will ship with more than 50 tracks. Those who already own previous-gen versions can import their DLC across systems (Xbox 360 to Xbox One, or PS3 to PS4) without any additional costs. Players can also choose from the abundant library of more than 300 additional songs available for purchase, with new songs being added every week. The standard edition of the game also ships with the Rocksmith Real Tone Cable, which converts a guitar’s signal from analog to digital, allowing it to be recognized and played through PS4 and Xbox One (along with other consoles, PC and Mac).

I’m still rocking out with Rocksmith every week (this week’s track pack comes from Shinedown – video below) and my wife is still kicking my ass on her bass.  It’ll be great to put it all onto the shiny new consoles and enjoy the new higher resolutions.   Stay tuned – you know we’ve got this one covered!