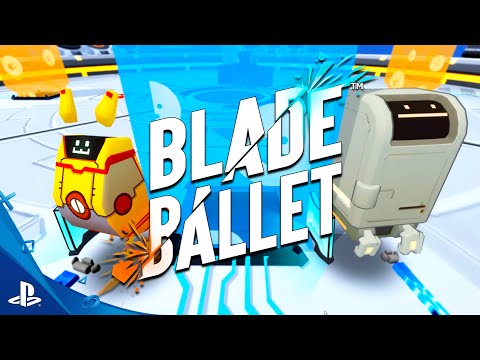 Blade Ballet, a robot brawling multiplayer game set to classical music from DreamSail Games, will be released on PlayStation 4 and Steam August 2016. As said in our preview, these bots have plenty of blades, and dance to the death in the arena.

The world of Blade Ballet is set in the distant future, where humans are extinct and  robots have grown in excess. The robots have decided to have older models fight to the death in order to reduce the population, which increases daily by the thousands.

You can choose from a variety of bots, like Catbot, Rukus, Trigger, and many more.  This futuristic world has obstacles such as falling floors, avalanches, and more to challenge every player. Each bot has different abilities, such as regenerating shields, teleporting, invincibility and much more to unlock and master. These abilities make each level and robot interesting and unique.

This game brings both the future and the past in a blend of bot smashing and classical music. Everyone can enjoy this game that is a first for DreamSail Games, and shows what is in store for their sophomore game Wind Rush.