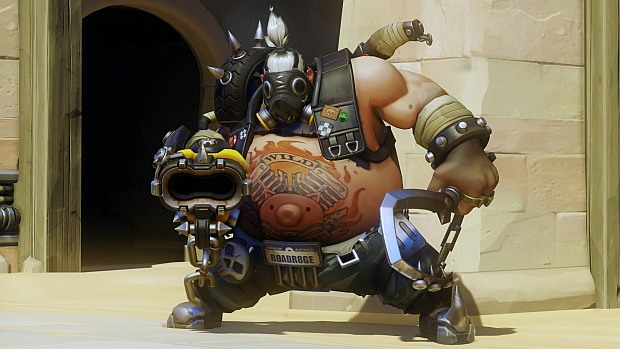 Blizzard has announced that it’s working on some changes for two of Overwatch’s tank heroes.

According to a PTR update, Roadhog’s infamous Chain Hook will pull targets 3.5 meters in front of Roadhog (instead of 2 meters), meaning characters will be further away from Roadhog when hooked and, as a result, will receive less damage from his Scrap Gun. Roadhog’s Scrap Gun will also have a 20% smaller spread, and cooldown for the Chain Hook will be bumped up from 6 seconds to 8.

Winston’s received critical hit volume will be reduced by 15%, meaning he will take less damage from headshots than before.

Roadhog’s Chain Hook has been the focus of many players’ contempt since the game’s release, as it had an annoying tendency to pass through solid objects when latching on to other players, and it would lock on to targets with very little need for precision. A recent patch aimed to fix these issues, but it also strengthened the character’s ability by causing hooked characters to be pulled much closer to Roadhog than before. (This caused hooked players to receive far more damage from Roadhog’s main gun, as it causes greater damage based on propinquity.)

“The Roadhog changes overall reduce the power of his hook a bit,” says Principal Designer Geoff Goodman, “but his gun is now more effective when not using the hook.”

Blizzard also recently launched a new build of Bastion in the PTR, one which greatly reconfigured the character.

In addition, Bastion’s self-repair ability has received an overhaul and can now be used while moving and while taking damage; to balance this, a new resource meter has been implemented (much like Reinhardt’s shield or D’va’s defense matrix).

In a recent investors meeting held by Activision, it was revealed that Blizzard netted the publisher nearly $2.5 billion last year, thanks, in large part, to the release of Overwatch.