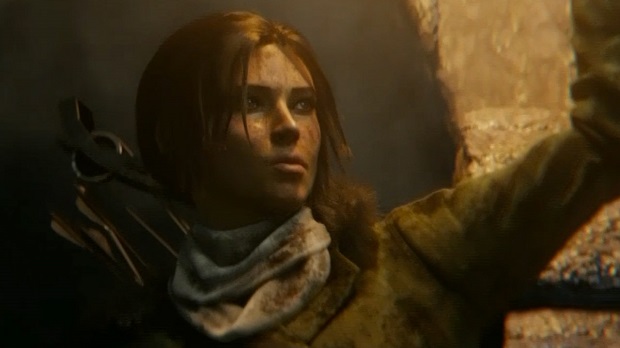 At Microsoft’s gamescom conference today, it was confirmed that Rise of the Tomb Raider, the sequel to last year’s Tomb Raider reboot, will be an Xbox One exclusive.

The news, which caught many PC and PlayStation fans off guard, was later addressed on the official Tomb Raider Tumblr by developer Crystal Dynamics.

“As you may have seen, we’ve just announced that Rise of the Tomb Raider, coming Holiday 2015, is exclusively on Xbox. We consider all of you to be the lifeblood of Tomb Raider and the work we do at Crystal. I’d like to give you some insight into this decision, and why we feel this is the very best thing for the Tomb Raider sequel we’re creating at the studio.

Tomb Raider in 2013 was a success due in large part to your continued support. Our goal has always been to deliver something truly special with Rise of the Tomb Raider. Today’s announcement with Microsoft is one step to help us put Tomb Raider on top of action adventure gaming. Our friends at Microsoft have always seen huge potential in Tomb Raider and have believed in our vision since our first unveil with them on their stage at E3 2011. We know they will get behind this game more than any support we have had from them in the past – we believe this will be a step to really forging the Tomb Raider brand as one of the biggest in gaming, with the help, belief and backing of a major partner like Microsoft.”

Crystal Dynamics did point out that it didn’t believe it was abandoning PC and PlayStation players, as the Tomb Raider spin-off Lara Croft and the Temple of Osiris, which the company recently revealed the collector’s edition of, will be coming to both platforms this December.

Rise of the Tomb Raider was announced at Microsoft’s E3 press conference back in June, but as no exclusivity was specified, fans assumed the game would follow its predecessor and come to PC and PlayStation 4.