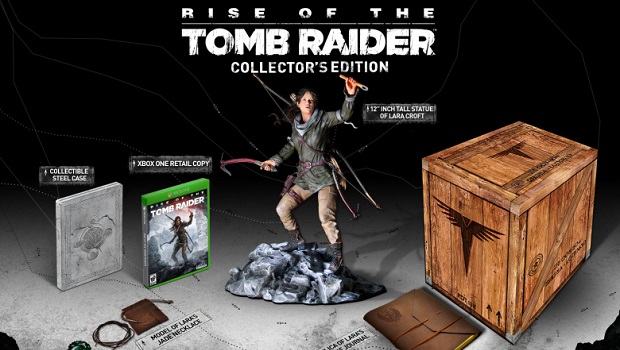 Crystal Dynamics is releasing a pretty hefty collector’s edition for Rise of the Tomb Raider, and there’s a lot to be found within the $150 package.

The Rise of the Tomb Raider Collector’s Edition comes with the game, a steelbook case, a replica of Lara Croft’s journal and necklace, as well as a 12-inch statue of the heroine herself that features her in the same pose she’s in on the game’s cover art. Rise of the Tomb Raider is currently slated for launch on Xbox One and Xbox 360 on November 10th, but the collector’s edition is only available for pre-order on Xbox One currently. Whether this package will come to PC and PlayStation 4 in 2016 when the game launches on those platforms is currently unknown.

Crystal Dynamics has been showcasing Rise of the Tomb Raider heavily in the months leading up to launch, including videos of Lara getting through areas both lethally and with stealth.