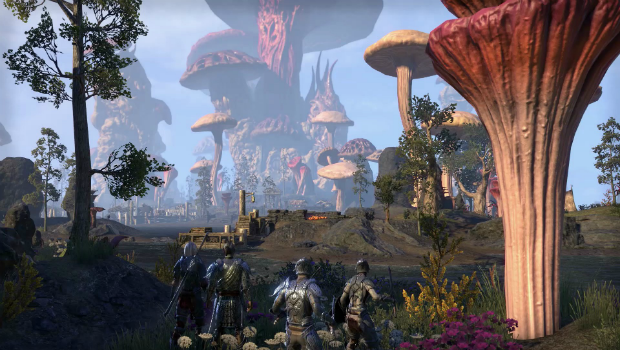 The upgrade will include the all new zone of Vvardenfell, a new player class, more than 30 hours of main story content, a new trial, and a new four man, three team player vs. player mode. The Elder Scrolls Online: Morrowind will be the biggest addition to The Elder Scrolls Online yet, offering a new adventure for ESO veterans as well as a fresh Elder Scrolls saga for players new to the game.

Vvardenfell is the largest zone added to The Elder Scrolls Online since launch and utilizes the same geographic footprint as The Elder Scrolls III, including all key points of interest from the classic game.  Players will embark on a dangerous journey through legendary locales in Vvardenfell, 700 years before the events of The Elder Scrolls III, from the docks of Seyda Neen, to the volcanic Ashlands, to dense, mushroom-filled forests, and through the glory of Vivec City, still under construction in this time period.