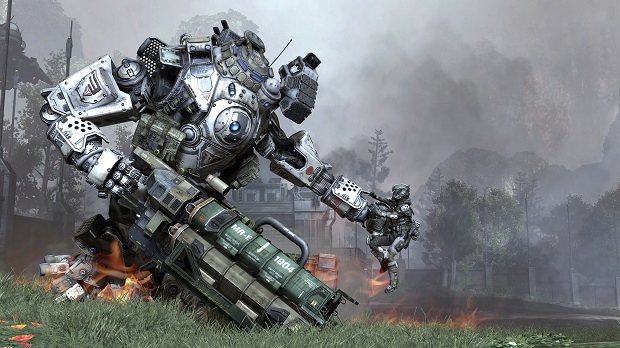 It looks like Respawn is actually acknowledging the existence of a sequel to Titanfall, and it won’t be an Xbox console exclusive again.

Speaking with IGN at the BAFTA Game Awards, Respawn’s Vince Zampella determined that since publisher Electronic Arts already confirmed that a sequel to Titanfall was in the works, it would be okay to reveal some details.

“I guess EA announced a sequel, so I could play coy and pretend I don’t know anything about it, or… yeah. So we’re working on a sequel. No official name yet, but we’re working on that. That’s the main focus but we’re starting up a second team and doing some smaller stuff too. Small, exploratory, taking it slow! It’ll be multiplatform.”

Respawn’s COO Dusty Welch explained to IGN that there was always a desire on the studio’s part to go multiplatform. When asked if there was one thing he could go back a change about the original game, he responded saying “Platform for me comes to mind right away.” However, Zampella explained, “Well, we needed that, though. We couldn’t do the game,” with Welch then clarifying that the Xbox exclusivity was a business decision made in order to get the game off the ground.

“If we could do it though?” he said. “It would have been prohibitive to do that – we definitely made the right choices for the right reasons – but if you’re saying what would we have liked to have done? The opportunity to be multiplatform could have made it even more significant for us.

Regarding whether the game would follow the same story mode format as the original, both Welch and Zampella were unwilling to give explicit details, but did say that there were plans to expand on the game’s story. Right now, the studio is trying to find the balance between minimal storytelling and intrusive storytelling.

“I wouldn’t have done it differently,” Zampella said when reflecting upon the original’s multiplayer-only approach. “We set out to do it and it was one of our goals. I mean it obviously prohibits a certain group of people playing the game, and as content creators you want to get into as many peoples’s hands as possible. We put some single-player elements in there though, and tried to mix it up. Maybe we could have mixed things up a bit better because some people blew right by it and didn’t even see it because there was so much action happening around it. It’s tough, because if you hit people over the head with it it becomes intrusive, and there are people who don’t want or care about it. Where does the needle fall? I think it takes a while to figure that out and we haven’t figured it out yet.”

Zampella did reveal that he hopes to alter the studio’s DLC strategy for the sequel, hoping to not split the game’s community with paid map packs, even citing Evolve’s free DLC as a proper means of releasing new content without dividing the game’s player base.

“I think that’s a fantastic way to do it,” he said. “I think having the maps like that in packs, it does split the community and it makes it harder for matchmaking, it’s messy. Yeah. I don’t know we won’t do it again, I can’t say that for sure, but the idea would be to do something different.”

For more on Titanfall, check out Gaming Trend’s reviews of both the Xbox One version and the Xbox 360 version.