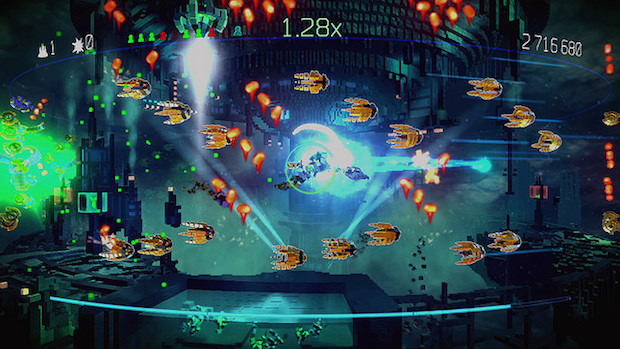 The hit downloadable launch title for the PS4, Resogun, will be making its way to other Sony platforms on December 23rd.

Upon its release, many people fell in love with Resogun and referred to it as the next Geometry Wars. While that moniker is very debatable, Resogun remains a very solid product.

The major change between the PS4 and PS3/Vita versions of Resogun come in the form of frame rate. Develoeprs Climax have had to reduce the frame rate from 60 frames per second down to 30 frames, something they described as a “very difficult decision to consider, but a very necessary one to allow the team to focus on what was possible and to make the best game possible for both of these platforms.”