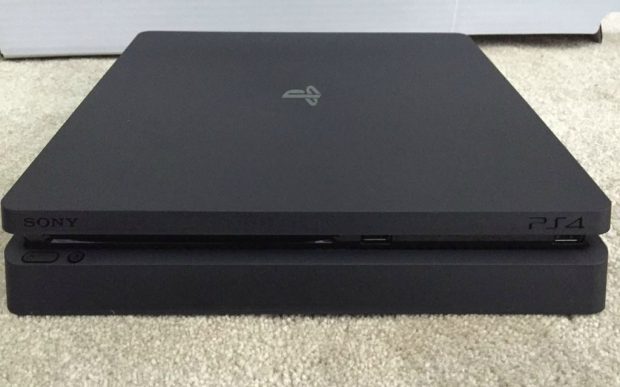 According to reports, multiple eBay accounts have now claimed to have leaked units of the unannounced (and unconfirmed) PS4 Slim. This report comes after images of the alleged PS4 Slim were leaked on Gumtree.com, where a site user was auctioning off multiple units.

The most recent report on these consoles (Kotaku UK) states that multiple accounts on eBay are now offering the alleged console with images of the console and packaging identical to that of the original Gumtree seller. While one seller claimed to have acquired three console units from the aforementioned Gumtree seller, another purported to have purchased two units from a factory worker.

The validity of these sellers’ claims is questionable. According to the Kotaku report, one of the sellers claimed to only have two consoles available for sale, but not long after the seller got an offer, an identical listing appeared for two more consoles. Additionally, one seller contacted apparently became defensive when asked how they had procured the console and apparently claimed that the model in question had already been announced.

Judging by the leaked images from Gumtree, this PS4 model will come with a 500 Gb hard drive and a slimmer build with more rounded edges than the current console. It is also possible that these images are of the PS4 Neo, which is expected to be unveiled at the PlayStation Meeting event next month.