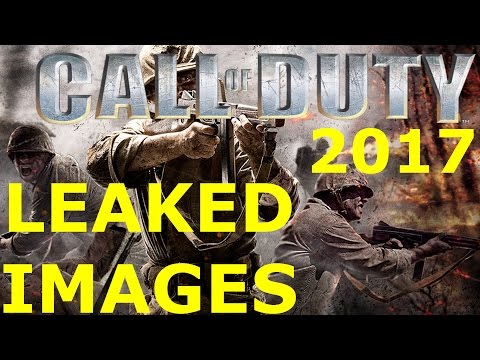 Reports indicate that this year’s Call of Duty game is named WW2 and will go back to historic warfare.

Last week, images of the game’s alleged title—along with some Invasion of Normandy art—surfaced on TheFamilyVideoGamers’ YouTube channel. Another image shown in the YouTube video features what appears to be a special edition box sporting a top-down photo of Ally soldiers running up the shores of Normandy. According to Eurogamer, these images are authentic.

During an earnings call earlier this year, Activision spoke candidly about Call of Duty: Infinite Warfare’s sales performance, stating that “sales underperformed our expectations, and [it was]  clear that for a portion of the audience, the space setting  just didn’t resonate.” In the same statement, the company announced that this year’s iteration, developed by Sledgehammer Games, would “take Call of Duty back to its roots,” and that “traditional combat will once again take center stage.”

Despite failing to meet Activision’s sales expectations, Call of Duty: Infinite Warfare was the No. 1 best-selling game of 2016, beating out sales for games like Battlefield 1, Grand Theft Auto V, Overwatch, and FIFA 17.