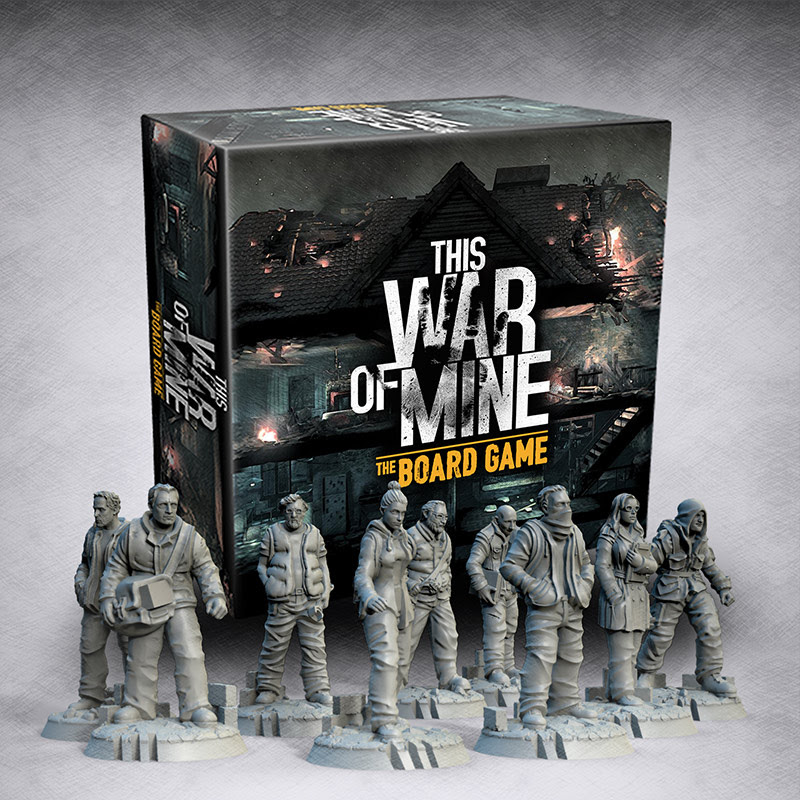 This War of Mine was a brutal, distressing, yet masterful look at the effects of war on the people it touches. Now with Kickstarter, Awaken Realms is bringing this harrowing experience to your gaming table, and streamed a live painting of its box art on Tuesday.

Prepare to survive in a wartorn land, as the Kickstarter campaign for This War of Mine: The Board Game launches today. Based on This War of Mine, the critically-acclaimed and heart-wrenching survival game from 11 bit studios, the board game has been adapted as a tabletop experience by Michal Oracz, designer of the much-loved Neuroshima Hex!, and Jakub Wisniewski, the storyteller behind Dying Light. With players’ support, the developers will be able to produce the tense cooperative game with over 430 high-quality components, including 12 figures; a companion mobile app; over one thousand unique stories; an open & play system that makes it easy to start playing without previous learning the rules; a save-game mechanism; and, above all, the innovative Reality Impact system, introducing an enormous amount of meaningful plot, choices and consequences.

The start of the campaign will be accompanied by an extraordinary event. Join artists who worked on major tabletop and collectible-card-game franchises like Star Wars, A Game of Thrones, Magic: The Gathering and many more, as they unite as an ArtistsOnBoard group to work together on a large-format acrylic painting that will grace the game’s cover. Everything starts on May 10 at 3pm Pacific time, and the painting will be streamed live at https://www.youtube.com/11bitstudios.

The Kickstarter is already over double its funding goal, but with twenty days left to go there is more than enough time to check it out.