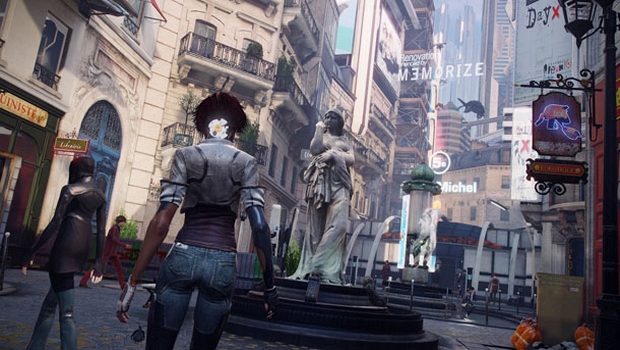 Remember Me is right around the corner,and we’ve got a short video that shows us some insight into the main character for the game.   If you complain about games being all the same, you’ll want to read this premise:

Set in 2084, Remember Me, explores a future where technological advancements have seen the way people share their experiences move from the social networks we all use today to a world where everyone’s every waking moment is recorded. These digitized memories can then be sold, bought or traded. Driving this memory based economy is the Memorize Corporation and its Sensen device which is implanted into nearly all of the world’s population.

The development of the Sensen engine and the subsequent dominance of Memorize are charted in the interactive journal of its creator, one Antoine Cartier-Wells. Further insight on the man and his motivation to create the next generation of social networking are exposed in a short film produced by Devin SuperTramp.

Devin SuperTramp is kinda hilarious, so check out his other stuff too.   Remember Me is set to release on PS3, Xbox 360, and PC on June 4th, so it won’t be too much longer till we can try it out ourselves.