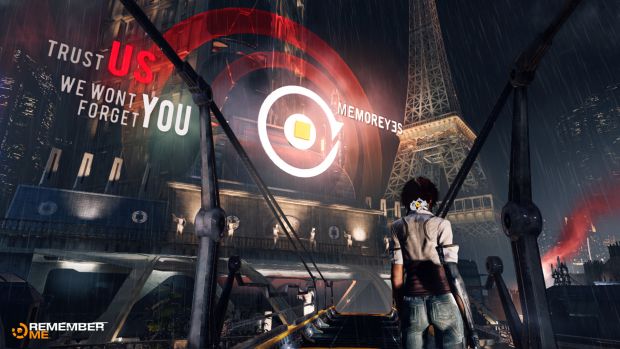 In a rather unique PR move, developer DONTNOD and publisher Capcom have announced a remix competition for their recently released third-person, memory-puzzling action adventure title “Remember Me.” The soundtrack for Remember Me was one of the most highly praised things in Ron Burke’s review, as he called it “Superb in every way.” In the competition, you will be remixing the track “Fragments” by Olivier Deriviere. The winner of the remix competition will be receiving some pretty nice rewards.

By entering a uniquely remixed tune contestants could be in the running to win a one of a kind vinyl LP featuring their winning track in a custom made sleeve with exclusive artwork from videogame developer DONTNOD Entertainment’s Art Director– Aleksi Briclot. Winners will also receive a copy of the Remember Me videogame and gaming console of their choice, the official Remember Meartbook and assorted merchandise. There are two chances to win so contestants should get their entries in now! Entries will be freely available to download from the music remix site and contestants can vote on their favorite, helping to crown the winner.

The competition starts today and you can visit www.remembermeremix.com to start releasing your inner Justice. Remember Me is available now for the Xbox 360, PS3, and PC. The Music Remix competition will end on July 31st so start editing now!