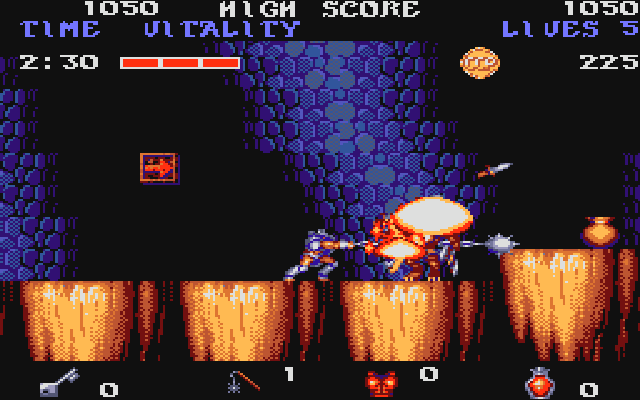 I can remember saving up my quarters and heading to the local arcade as a kid.  Capcom remembers as well, and they want to share some of their greatest hits courtesy of the Capcom Arcade Cabinet.  The game will be split up into ‘packs’ with multiple classic titles coming with each release.  The cool part is that these are full board ROMs, giving you access to the DIP switches (adjusting all sorts of cool stuff), as well as the ability to capture video and screenshots.  The three titles we’ve got on deck?   Black Tiger (Zenny!), 1943: The Battle of Midway (one of the best SHMUPS of all time), and Avengers (not related to recent superhero stuff).  Check it out:

Each of the game packs from Capcom Arcade Cabinet works with the Capcom Arcade ‘platform.’ Players start their trip down memory lane with Black Tiger, which is available to download for FREE. Downloading Black Tiger will also give access to the Capcom Arcade platform which provides additional features including DIP switch functionality, a music player, and the ability to capture and share screenshots or video. Thereafter, packs of titles can be purchased and then become available to play through the platform.

My hope?  I want to hear “Welcome to the D&D world!” one more time – c’mon Capcom – give us Dungeons & Dragons: Shadow over Mystara and Dungeons & Dragons: Tower of Doom!  If there is a game that screams 4-player online cooperative play, it’s that.   While we are at it, let’s get our hands on Alien vs. Predator and The King of Dragons.  Again…magic cooperative awesomeness from my childhood.

We’ve got a video showing these first three titles in action – check it out!  Don’t miss Black Tiger – it’s free, and it’s likely that you never sunk enough coins into that game to take out the dragon at the end…