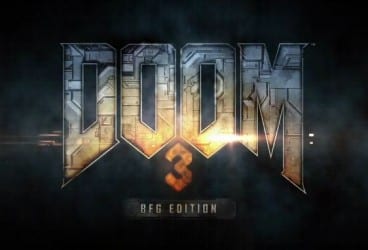 The Doom 3 BFG Edition, featuring remastered versions of Doom 3 and the Resurrection of Evil expansion pack as well as 7 new levels titled “The Lost Mission”, will be released October 16, 2012.  The game will feature improved visuals, achievements and trophies on the consoles, and a new checkpoint saving system. Most importantly: Yes, you can now use your flashlight while using weapons.