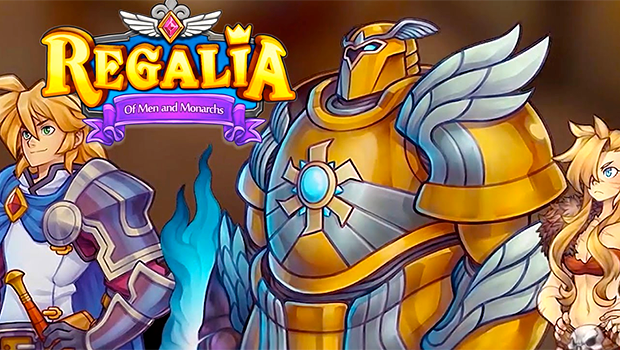 Described as Disgaea meets Persona, Regalia: Of Men and Monarchs is putting a western twist on the strategy JRPG genre. Successfully crowd-funded in July of 2015, Regalia’s projected release date of October 2016 has been pushed back to Early 2017.

After a successful Kickstater campaign, developer Pixelated Milk secured additional funding, which enabled their presence at a number of gaming expos, a true retail version of the game and multi-language support. The additional development time involved with these features and events necessitated a delay. Along with the delay, Pixelated Milk announced today that Regalia will simultaneously be released in English, French, German, Spanish, and Polish.

This update also touched on the crafting system within the game, revealed unlockable, collectible characters skins, and highlighted a few 3D models and screenshots. You can follow along with the game development via Kickstarter updates, or learn more about the game at the official Regalia website.