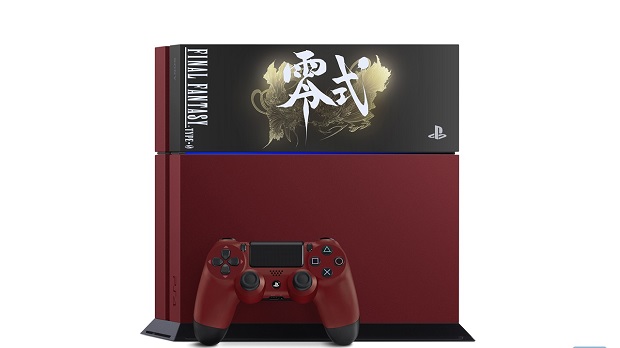 Japan is getting a red-and-black PlayStation 4 console commemorating the release of Final Fantasy Type-0.

The special version of the console will launch alongside the game on March 19th, but there’s no word on if it will ever leave the territory.

Final Fantasy Type-0 will be coming stateside on March 17th for PlayStation 4, Xbox One, and maybe PC. The game’s collector’s edition was recently revealed, along with the news that only the game’s first shipment would contain access to the demo for Final Fantasy XV.

As the game originated from the PlayStation Portable, Final Fantasy Type-0 has received a significant facelift in coming to current-gen consoles.