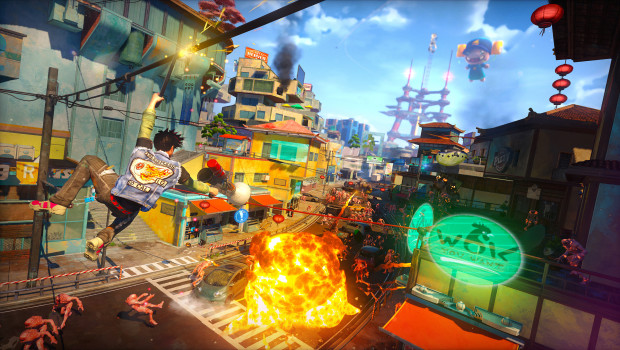 Insomniac has revealed how its upcoming open world title Sunset Overdrive managed to find its way over to Xbox One exclusively.

In an interview with IGN, Sunset Overdrive’s co-creators Marcus Smith and Drew Murray revealed how Insomniac went from making games like Ratchet and Clank and Resistance exclusively for PlayStation platforms to releasing a new IP exclusively for Xbox One.

Smith revealed that before going to Microsoft, Insomniac pitched Sunset Overdrive elsewhere, but the conversations broke down due to the studio’s desire to maintain ownership of the IP, which wasn’t an issue when working with Microsoft.

“Most publisher conversations begin and end with IP ownership,” said Murray, “and I think [Microsoft] has been talking to Ted [Price, President and CEO of Insomniac Games] for a while, and at some point it was like, ‘you can retain the IP,’ and suddenly, it was a conversation point.”

In the past, Sony has had the rights to the PlayStation exclusive IP that Insomniac has released, despite the developer not being a first party Sony studio.

Recently, Insomniac released the first gameplay trailer for Sunset Overdrive as well as revealed details about the game’s cast and world.

Sunset Overdrive is slated for release exclusively on Xbox One later this year.