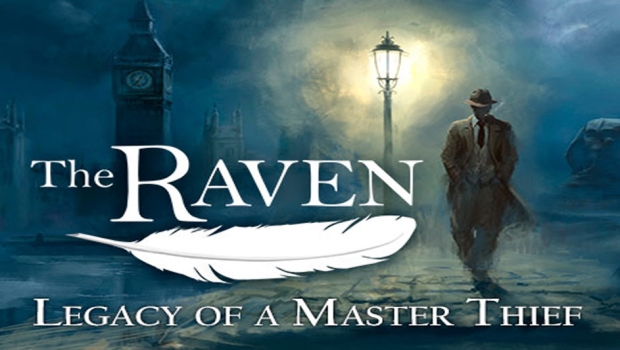 You might have spotted our review of part 1 of The Raven when we covered it on PC, but for those on consoles you missed out – until now.   Today we have confirmation that the game has finally arrived for PSN, and the good news is that you get all three pieces in one download.  Here’s a nibble about the game:

Beautifully animated, this adventure is a daring hunt across 1960s Europe where players journey through thrilling atmospheres and stunning environments with the aim of catching the infamous art burglar -The Raven. Players will need to follow the notorious thief’s trademark black feathers in the quest to capture him and finally put his crime spree to an end.

The Raven combines the thrill of the chase ‘whodunit’ with the risk and reward of a heist story where players get to experience both sides of the story as the investigator and the thief. Paying tribute to Agatha Christie’s crime stories and gangster movies from the 60s and 70s, The Raven is set to be a thrilling episodic journey.