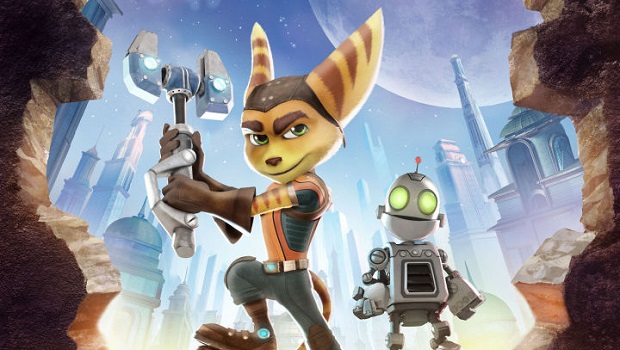 Rainmaker Entertainment and Blockade Entertainment have announced the cast for the upcoming Ratchet & Clank film set for theatrical release next year.

IGN reports that the voice actors for Ratchet, Clank, Captain Quark, and Nefarious will be reprising their roles in the film, and joining the stars of the PlayStation series are stars such as Paul Giamatti as Chairman Drek; John Goodman as Grimroth; Bella Thorne as Cora; Rosario Dawson as Elaris; and Sylvester Stallone as Victor.

“The collaborative relationship between Rainmaker Entertainment, Sony PlayStation, Insomniac Games and all our partners has helped us to bring this massive game franchise to the big screen,” said Rainmaker Entertainment’s Michael Hefferon in a statement. “Our outstanding celebrity talent together with the original voices from the game really bring these characters to life, and we are confident that Ratchet & Clank will delight fans with its authenticity and charm, while families everywhere will find a new family-friendly buddy duo to love.”

“We are honored and thrilled to have these actors join our cast,” added Blockade Entertainment’s Brad Foxhoven. “Their unique voices, and the level of humor and emotion they bring to their roles will help to create some endearing and memorable characters in the film.”

“Everyone at Insomniac is thrilled that Ratchet & Clank will be shared in cinemas around the world with new and longtime fans alike,” said Insomniac Games founder and CEO Ted Price. “It’s been particularly exciting to collaborate closely with PlayStation, Rainmaker and Blockade on character design, story, animation, game asset sharing and marketing support to ensure an authentic Ratchet & Clank intergalactic adventure.”

The Ratchet & Clank film was originally slated for release later this year, but has been pushed into 2016. This isn’t the only PlayStation franchise currently being adapted for film, as movies based on Sly Cooper and Uncharted coming are both next year.