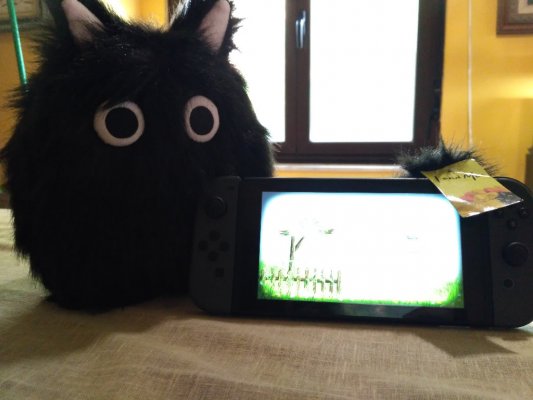 Following its July launch date, Ratalaika Games has announced a giveaway for the Switch puzzle-platformer I and Me. In collaboration with news site Miketendo64, the two parties have announced prizes consisting of plushies and codes for their upcoming Switch game, League of Evil.

Following the release, involved I and Me party indienova hosted a giveaway where two plush toys was up for grabs and while that giveaway is now over, the dream is still very much alive.

So given the amount of love news site Miketendo64 shown I and Me during their 5 Week long giveaway, which saw them handing out download keys for I and Me to 50 lucky winners, Ratalaika Games has teamed up with Miketendo64 to show even more I and Me love.

Just like indienova’s giveaway, we will be giving away two plush toys of the cats from I and Me as a main prize that can be won by two entrants (one plush per winner,) with 4 download keys for Ratalaika Games’ upcoming Switch title, League of Evil, which is out this August.

While our review was critical to I and Me, we did appreciate the animated cats, and this giveaway capitalizes on the cuteness of those critters. Ratalaika Games has also announced the rules for the contest below:

I and Me is available now on PC and Nintendo Switch. Stay tuned for more news here on Gaming Trend.