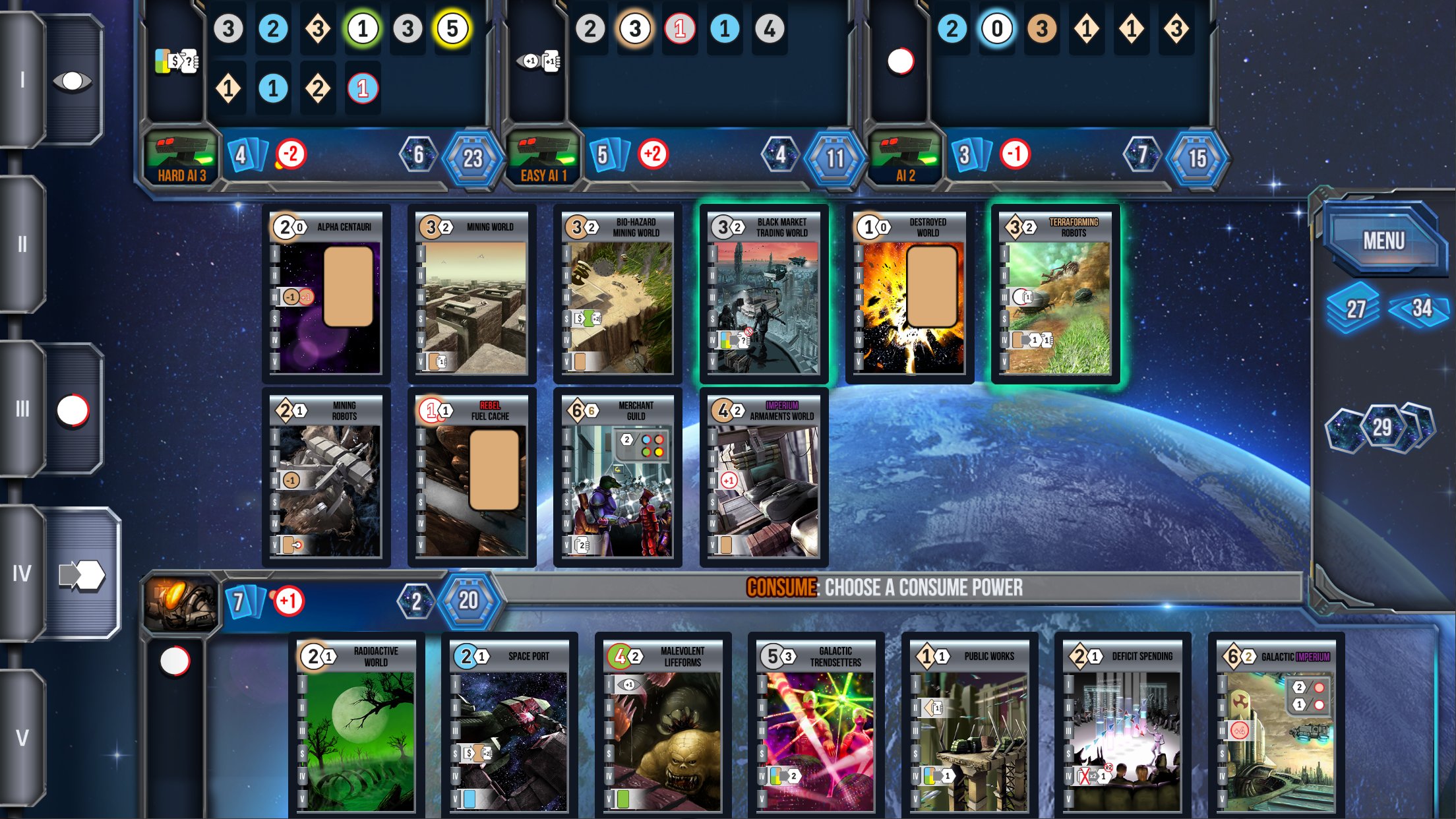 Race for the Galaxy is a strategy card game.  Winner of BoardGameGeek, Tric Trac, and Fairplay Magazine’s Best Card Game of the year awards, it challenges players to build the most prosperous galactic empire.  Players will explore, develop, settle, consume, and produce to create a strategy that will edge their empire up to victory.  In games of two to four players, competitors choose phases in secret, resolve them in simultaneous turns, and play cards to build technologies and conquer worlds.  Published by Rio Grande Games and digitized by Temple Gates Games, Race for the Galaxy is available on Android and iOS, and coming to PC June 27.

Some special things about Race: This boardgame has sold over a million copies worldwide.  This digital version uses a really advanced neural network for the AI (created by a fan), which will absolutely stomp you if you ratchet it up to Hard mode.  Multiplayer games join PC and mobile players together in the same games.

The ability to play against gamers playing on any of the available platforms is a huge asset.  There’s no excuse not to try this out.  Take a look on your favorite way to play.