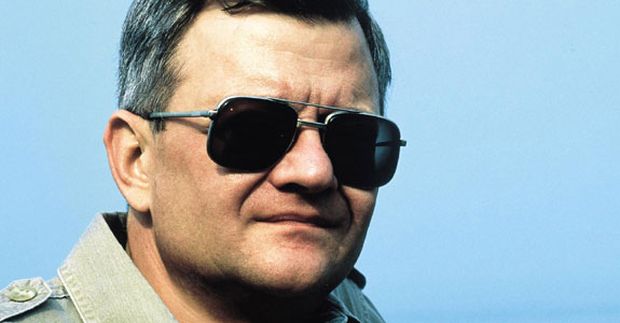 Tom Clancy, the spiritual father of Sam Fisher and many beloved gaming franchises such as Ghost Recon and Rainbow Six, died today at age 66. The author passed away in a hospital in Baltimore after a brief illness.

After a failed attempt to join the military, Clancy became known as a writer with the publication of his first successful novel, The Hunt for Red October, which gained fame after its endorsement by President Ronald Reagan, who called it ‘perfect’. From then on he would continue to write dozens of books based on military and intelligence themes, both fiction and non-fiction.

In the mid-nineties he would go on to found his own game development studio, Red Storm Entertainment, which created publicly acclaimed games including the long running Rainbow Six series. Red Storm would later be bought by Ubisoft in 2000, but later games would still be endorsed by Clancy. Clancy would also endorse other Ubisoft games, amongst others Splinter Cell. Ubisoft made the following statement earlier today on their Facebook page:

“We are saddened to learn of Tom Clancy’s passing and our condolences go out to his family. Tom Clancy was an extraordinary author with a gift for creating detailed, engrossing fictional stories that captivated audiences around the world. The teams at Ubisoft, especially at the Red Storm studio, are incredibly grateful to have collaborated with and learned from him, and we are humbled by the opportunity to carry on part of his legacy through our properties that bear his name.”

Tom Clancy was someone who really put his mark on the gaming industry and mainstream culture in general, leaving a great legacy. May he rest in peace.