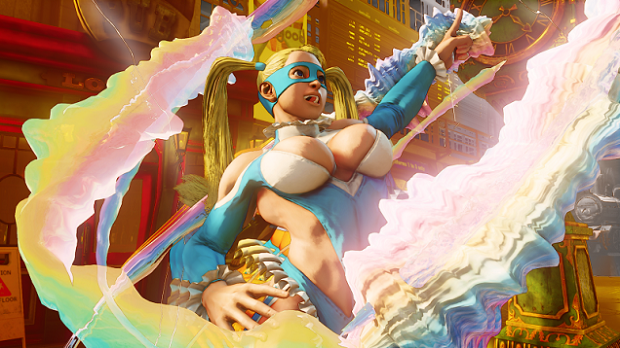 A day before Street Fighter V’s beta officially relaunches, Capcom has announced that Rainbow Mika will be making a return to the series in the fifth installment.

R. Mika made her debut as a fighter in Street Fighter Alpha 3, and has been absent since. Much of what makes the character different from the rest of the roster is her reliance on a tag partner, which informs much of her special moves.

Street Fighter V is coming to PC and PlayStation 4 worldwide in 2016. Those interested in trying out the game before launch can participate in the first beta test that begins on PS4 tomorrow, August 28th.