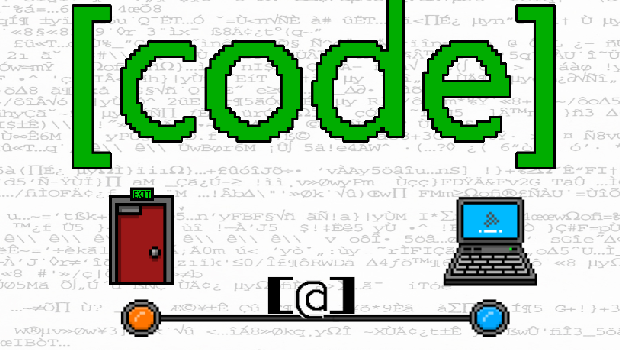 Mind Factory Studios is hoping to make gamers look at programming in a whole new way, and maybe let them have a little fun while doing it. Currently vying for attention on Steam Greenlight, [code] literally throws players in between lines of code, tasked with solving one level of logic and programming related puzzles after another. No previous coding knowledge is required for the game, the developers claim, making this a potentially novel “edutainment” title for getting gamers familiar with some direct experience with programming logic.

[code] is currently targeted for a February release of this year, so those of you who are looking for a way to ease yourselves into the world of if-then statements, arrays and polymorphism (it’s not as weird as it sounds) may want to keep your eyes on this title to see what comes of it. If nothing else it’s a novel way to introduce non-programmers to the world of object-oriented computer programming.