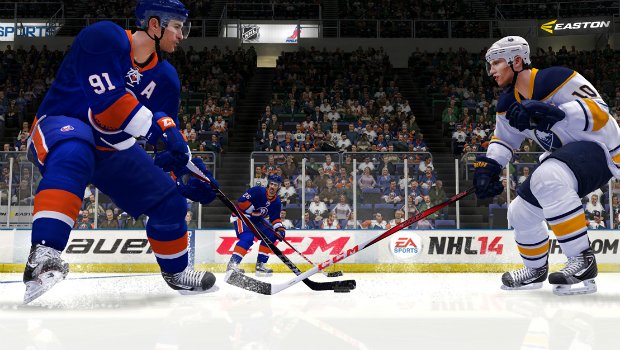 Quarterfinal matchups have been revealed in EA Sports NHL 14 Cover Vote, according to EA Sports. Voting for this round is now live and fans can vote an unlimited number of times at NHL.com/CoverVote. The round closes on May 19 at 11:59pm ET, and the semi-finals matchups will be announced May 20th. The ultimate winner will be revealed as the NHL 14 Cover Athlete during the 2013 Stanley Cup® Final.

The opening round of sixteen certainly ended with drama, as Edmonton Oiler Taylor Hall defeated the Colorado Avalanche’s Matt Duchene by less than 100 votes. First overall picks Hall and John Tavares, as well as second overall pick James Van Reimsdyk are joined by undrafted free-agent Sergei Bobrovsky, who has spent most of his career in his native Russia. Two members of the Toronto Maple Leafs, Reimsdyk and Joffrey Lupul, advanced perhaps in part thanks to their game six heroics against the mighty Boston Bruins (with Mr. Lupul maybe getting some help from a few misguided Game of Thrones fans.)