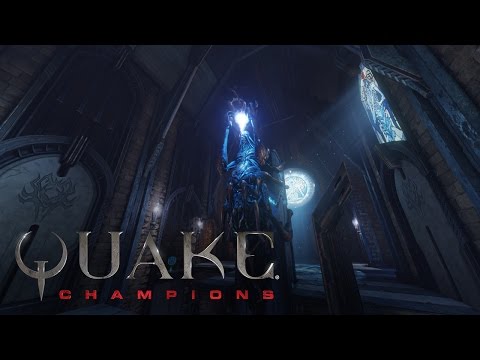 The trailer offers a brief glance at the Blood Covenant Arena, a remake of the popular Quake III map, The Camping Grounds. In the video, several signature map points can be seen, including the Rocket Launcher spawn and the Jump Pad leading to it. We got our first glimpse of this map in the Quake Champions debut trailer last summer.

The video is the first in a series of Arena promotional videos Bethesda plans to release in the future.

Though no release date has yet been given for Quake Champions, closed beta signups are available now.