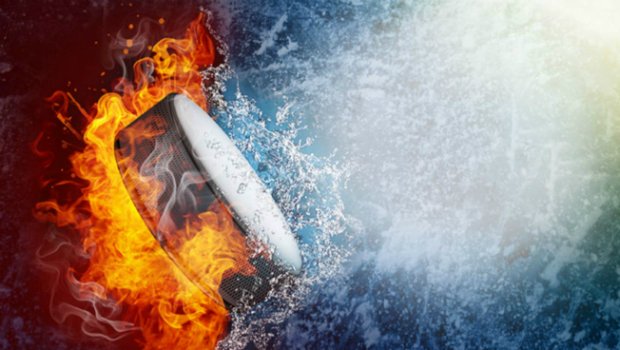 Out of the Park Development, the makers of the hallmark management simulation Out of the Park Baseball, have taken their brand of gaming into the world of hockey with the brand new Franchise Hockey Manager 2014.  When I reviewed Out of the Park Baseball 14 earlier this year, I was blown away by the game’s insane levels of customization and control within the realm of sports management.  Naturally, I was excited to get my hands on a similar experience in a different sport, believing that it would yield the same great, enveloping experience that its baseball counterpart had.  After many frustrating days of silly problems and a completely boring game simulation, Franchise Hockey Manager 2014 has proven to be an inferior product to its more established counterpart.

[singlepic id=15912 w=320 h=240 float=left]Franchise Hockey Manager 2014 places players in the role of general manager, tasking them with running each and every detail of how a franchise is operated.  Rather than focusing on the action on the ice on game days, FHM’s action comes between games, where players design tactics, lines, and rosters with the goal of both short-term and sustained success.  Players can choose to play the upcoming 2013 season, or choose from any historical season from 1947 up to the present day.  Historical seasons can be tweaked to happen as they did in real-life, or altered to change the entire course of the sport’s history.  In addition, every league and team is customizable, allowing players to create their own hockey universe from the ground up.  While team logos are not licensed for the game, all players past and present are included, and the logos for every team are available for download from various websites, provided by the deep and dedicated team of Out of the Park Development backers and fans.

[singlepic id=15908 w=320 h=240 float=right]Before the games begin, players are tasked with creating a manager and either placing him on a team or setting the reputation level of an unemployed manager.  Setting the reputation level will open up different job opportunities to take, and if you’re unsatisfied with the choices, you can always choose to simulate an entire year and see what’s available then.  The number of manageable teams is staggering, with over a dozen leagues and hundreds of available teams from all over the world.  The different levels of competition can provide very different experiences in team-building and an ideal experience of moving from level-to-level on your way to the NHL.  Once you’ve made your manager and picked your team, the task is to make the best team possible.

[singlepic id=15911 w=320 h=240 float=left]The preparation menus and options are too numerous to give a completely thorough overview in their entirety.  Every single aspect of a team is customizable, from the tendencies of particular positions or situations to the way games are officiated.  Various news pieces filter in as the days go by, keeping you up to date with the goings on in your league.  While the customization options are insanely deep, they pale in comparison to the ocean of changes available in Out of the Park.  This is the first indication that while FHM 2014 looks a lot like its baseball brother, it is a few years away from matching up.  Also absent are the glut of interesting personality traits and abnormal stories that appear in OOTP that made the news feed more than just a generic injury report.

[singlepic id=15914 w=320 h=240 float=right]Once you’ve set your lines and schemes, it’s time to get in the game.  Unfortunately, this is the very worst part of the FHM 2014.  The design is uninspired, with the visual feedback consisting of nothing more than boxes with player models inside.  There is no ice rink, no arena, and no movement, but instead just a ugly page where nothing happens.  While Out of the Park Baseball’s simulation screen is simple, it gives a nice field to look at, shows player movement, and has nice statistical feedback of player ability.  None of that is present in Franchise Hockey Manager.  There isn’t much to expect with a simulation game, but this does not excuse the makers for delivering such uninspired design.  To make things worse, you have no control over the action on the ice whatsoever.  The “action” documented by an announcer (again, an uninspired list of text without as much as a generic announcer image) seems to only be shots taken and faceoffs, completely ignoring defensive plays, key passes, or fights.  If you enter a simulation, you’re forced to watch what basically amounts to a timer counting down, without having any control over any aspect of the game.  You can change the simulation speed, but it stops counting down every time a shot is taken, eliminating it as useful change.  You can simulate past games without actually entering into the simulation page, but the game seems to punish you with losses and bad stats if that route is taken.  In short, the fun ends by the time you get to your first actual game.

Franchise Hockey Manager 2014 is an incomplete game with a number of promising aspects overshadowed by its short comings.  Considering the quality of their baseball manager simulator Out of the Park, there is hope that future iterations of this title will be up to snuff within the market.  With that being said, this first attempt is rough and unappealing.  The current version is nowhere near what it could be, made even more disappointing by the potential that can be seen within the game’s makeup.  Franchise Hockey Manager 2014 is a great game for hockey maniacs, and a nice break for OOTP faithful, but for many gamers, it would be wise to simply wait and see what comes next.