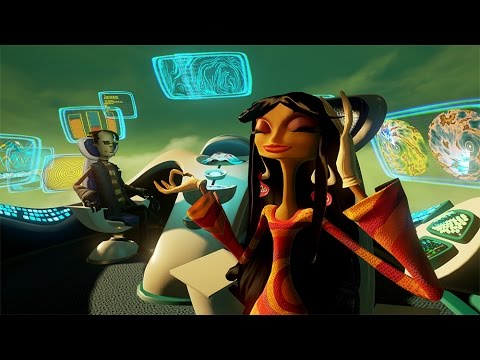 Psychonauts in the Rhombus of Ruin, Double Fine’s PlayStation VR exclusive, will be availabe on February 21.

In Rhombus of Ruin, players use Psychonauts protagonist Raz’s psychic abilities to interact with objects, solve puzzles, and warp between other characters’ first-person perspectives. Unlike in the original Psychonauts and the upcoming Psychonauts 2 (both 3D platformers), Raz himself is immobilized throughout the Rhombus of Ruin, meaning VR players will most likely remain stationary throughout the VR experience. Instead of double-jumps and levitation, traversal in Rhombus of Ruin is relegated to Raz’s new psychic, possession-like abilities (which sounds decidedly less nauseating).

Psychonauts in the Rhombus of Ruin was announced at the 2015 PlayStation Experience keynote presentation, shortly after the unveiling of Psychonauts 2. Rhombus of Ruin’s story, which picks up right where the first game left off, bridges the gap between the original Psychonauts and the upcoming sequel (which is expected to be released next year).

Psychonauts 2 was announced at the 2015 Game Awards, where creator Tim Schafer announced the game and launched its crowdfunding campaign. Double Fine’s target funding goal of $3.3 million was met within 33 days of its campaign (which was scheduled for 38 days). The sequel is currently in development for PS4, Xbox One, Windows PC, Mac, and Linux. The original Psychonauts, meanwhile, is currently available on Steam and on PS4 as a PS2 Classic download.