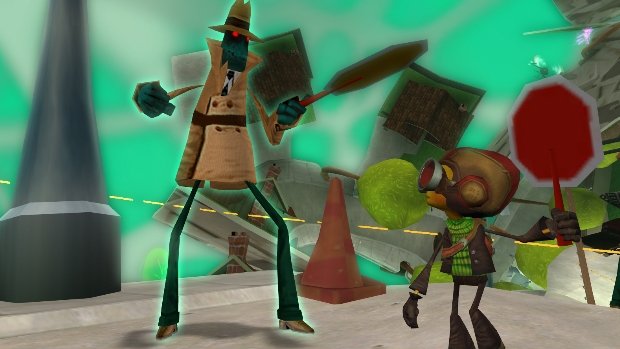 Double Fine’s 2005 platformer Psychonauts will be coming to the PlayStation 4 this spring, Sony announced today.

Psychonauts will be joining titles such as as Grand Theft Auto Vice City, Twisted Metal Black, and War of the Monsters, which Sony also brought to the console via emulation. No concrete release date has been given as to when Psychonauts will launch on PS4.

Psychonauts was originally released on April 19, 2005 for the Xbox and PC, and June 21, 2005 for the PlayStation 2. Its sequel, Psychonauts 2, was announced this year at The Game Awards. Taking to the crowdfunding site Fig to aid with funding, Psychonauts 2 recently met and exceeded its goal of $3.3 million. A PlayStation VR game based in the Psychonauts universe has also been announced, and will serve as a bridge between the first and second game.