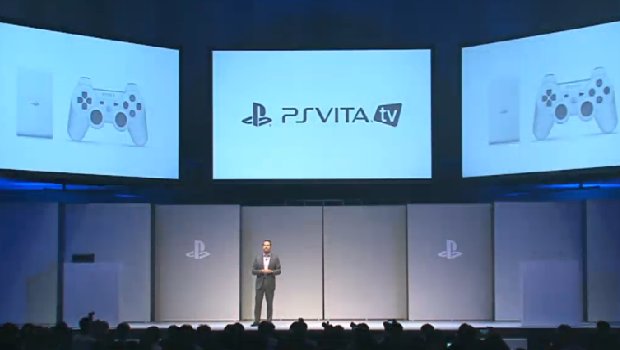 One of the last announcements at the Sony Japan press conference was news of the upcoming release of the PS Vita TV hardware. Slated for a November 14th debut in Japan, this looks like a fairly direct shot across the bow at Apple – Sony’s attempt to focus on TV, media, console, and portable gaming interconnectivity via a single hardware point of interface. Of particular gaming interest here was the confirmation that this will allow for playing Vita games and the PSN library on a TV via the PS Vita TV – something a lot of gamers have been clamoring for for quite a while. The launch price is at around $100 USD, and was likely the biggest surprise of the show – and between that and the title lineup, is probably going to help move a lot more PS Vitas in the near future.

While a good share of the press conference news was a little on the old side – the games look great, though most of them were either revealed before or are likely to be Japan-exclusive – the PS Vita TV news is probably going to cause a bit of a hardware shakeup. Can Sony really compete against the Apple TV? That remains to be seen, but whatever the case, between the ability to play Vita games on a TV, and the ability to remote-play PS4 games through this hardware, the reactions to the PS Vita TV will definitely be worth watching.