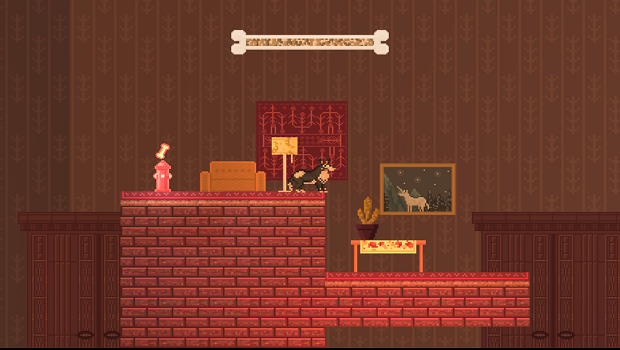 Independent developer Psilocybe Games updated its demo for upcoming game Balthazar’s Dream on Game Jolt today. The demo is available for free and is playable on PC and Mac systems.

This pixel platformer revolves around a child named Dustin and his dog Balthazar, a present that Dustin received on his 8th birthday. After a tragic accident lands Dustin in the hospital, Balthazar starts to dream of two entities in his dreamscape; he must traverse through different worlds in order to save his master from an unknown danger.

While Psilocybe Games’ previous Kickstarter for Pigsodus failed, it hopes to develop smaller games in the meantime, with Balthazar’s Dream being one such project. The demo for the game is available now on Game Jolt. You can also catch our interview with the developer about Pigsodus here.