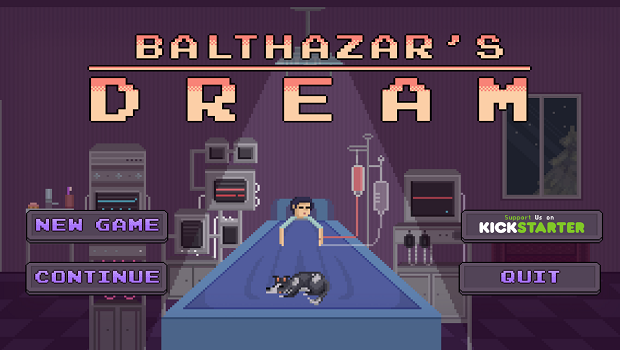 Polish developer Psilocybe Games released a Kickstarter for its upcoming platformer Balthazar’s Dream. The game is slated for release on Windows and Mac computers, and the developer is asking for $3000 to fulfill its funding goal.

Balthazar’s Dream revolves around the eponymous dog and his master Dustin. After Dustin is hit by a van and lands in the hospital, Balthazar stays by his side and dreams of strange lands. While exploring these places, he can feel Dustin’s presence as well as an ominous one that roams in the shadows.
The game’s platforming mechanics simulate to how a dog would normally react to its environments. For example, vacuum cleaners will repel Balthazar, while toy balls will attract him. You’ll have to take advantage of these mechanics to complete your goal of explore the dreamscapes created by Balthazar.

While the Kickstarter will be finished in December, Psilocybe Games released a demo for Balthazar’s Dream earlier this year. In addition, the game has a Steam Greenlight page in order to gauge fan support of the title. Catch up on the developer’s previous work with our interview regarding Pigsodus.