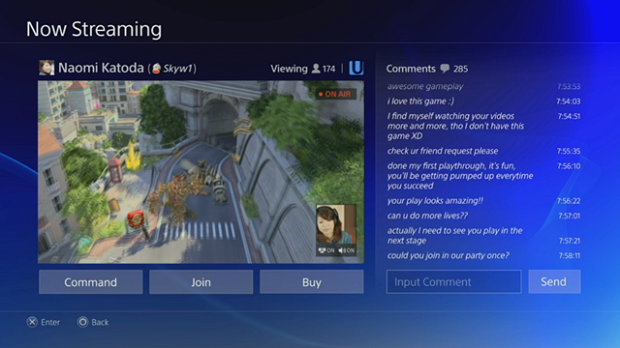 At Gamescom, Sony confirmed that the long-awaited Share Play feature would be coming to PlayStation 4 in a future update, but there now appears to be a catch regarding playing a person’s game for them through the internet.

Speaking with French site GameBlog, Sony’s Jim Ryan revealed that Share Play sessions will be restricted to 60 minutes of gameplay. While it wasn’t clarified if specifically the 60 minutes were restricted per game, per day or per player, this is likely to keep people from letting their friends play through entire games for free.

Ryan also revealed that cooperative games played through Share Play will not require players to have a PlayStation Plus subscription, but competitive ones will.

Given the rough translation of the interview, it is likely that Sony will clarify Share Play’s restrictions in an official announcement in the coming weeks before the feature becomes available.

Also at Gamescom, Sony revealed that the PlayStation 4 has sold 10 million units worldwide since its launch last November.