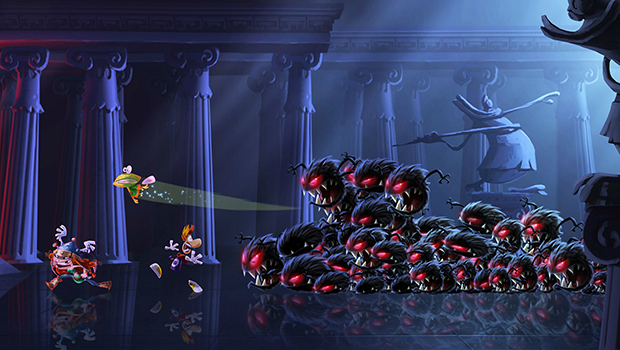 Rayman Legends  came out on the Xbox 360, PS3, and PC last year, but new-gen console gamers still have a few more days of waiting. On the official PlayStation blog, Senior Game Designer Emile Morel took the time to answer a host of Twitter questions regarding the PS4 version of the game. Here are some of the highlights:

For the full Q&A head over to the PlayStation blog, where you can find out more about the challenges (or lack thereof) of porting to PS4, the possibility of another 3D Rayman  game, and more.