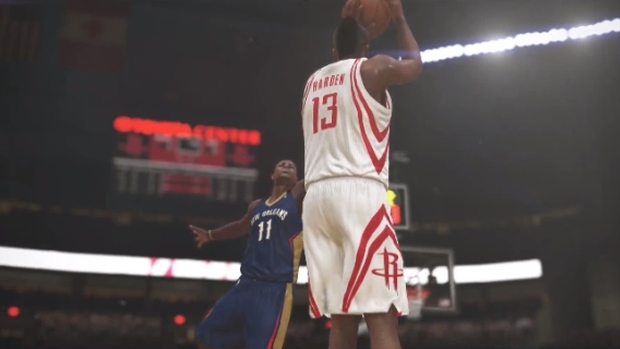 The next gen push is on for 2K which is evident by the fact that they released a new “OMG” gameplay trailer today. The gameplay shown is ripped from the Playstation 4 version of NBA 2K14. The entire trailer is set under Phil Collin’s “In the Air Tonight.” Because, simply, why in the world would it not be? One thing is for sure, these NBA superstars look damn good.

‘This Moment’ is set to Phil Collins’ classic track ‘In The Air Tonight’, which is part of the NBA 2K14 soundtrack curated by cover athlete LeBron James. The trailer also includes in-game action from NBA superstars including NBA 2K14 cover athlete LeBron James, Kevin Durant, James Harden, and Anthony Davis – all rendered digitally in high definition from the upcoming 2K14 next gen engine, and performing dunks, dribbles and signature moves.

The next gen versions of NBA 2K14 will be available for both the Xbox One and PS4 “later this year.” The new trailer is below…