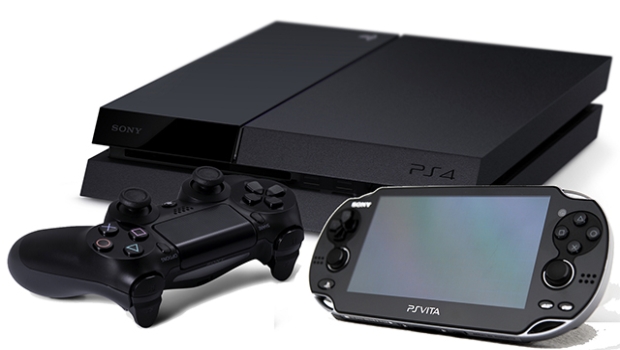 Tomorrow is patch day, and this is a VERY anticipated update.  Software patch v1.70 for the PlayStation 4 not only allows users to disable the HDCP token, enabling capture at high resolution via HDMI, it also brings major upgrades to the editing software, automatic pre-loading of pre-purchased games (Watch Dogs is the first to take advantage of this), the ability to adjust the brightness on the DualShock 4 media bar, alternate payment methods including PayPal, and much more.  This is a big patch, so let’s take a look at the vast array of upgrades:

Highlights for the 1.70 update include:

Edit and Share Epic Moments with SHAREfactory™
After PS4 owners update to system software version 1.70, an icon to download SHAREfactory will appear on the PS4 system’s homescreen once it’s available. SHAREfactory, a free rich video editor, will elevate game sharing by allowing users to easily customize their gameplay videos with special effects including filters, transitions and themes. SHAREfactory provides access to a robust suite of tools to personalize videos by adding text and video commentary with picture-in-picture capability using PlayStation®Camera. PS4 owners can also add a custom soundtrack to their videos using the included audio tracks or by importing their original music. With this rich set of features, SHAREfactory enables players to create a polished compilation of their most epic gaming moments to share with their friends and social networks.

Get Games Faster with Automatic Downloading for Pre-ordered Games
Immediacy and streamlined access to content is a core part of the PS4 experience, with existing features such as “Play As You Download.” The 1.70 update builds on this by adding the ability to automatically download select games pre-ordered from PlayStation®Store prior to the release, so it’s ready to play as soon as the game launches. When the auto-download feature is enabled, the game will automatically download up to several days in advance of launch. As the release date approaches, a new countdown timer will appear to show how much time remains, to the second, until the content is released and accessible.

More Flexibility for Gameplay Captures with HDCP Off
The 1.70 update addresses one of the most highly requested features from PS4 users by introducing the option for PS4 users to disable High-bandwidth Digital Copy Protection (HDCP) for games. This enables PS4 games to be output through HDMI to an external capture device for more flexibility when capturing gameplay, including longer recorded and live streamed sessions.

Easily Share Captured Videos, Screenshots or Edited Videos with USB Export Option
The ability to export captured videos, screenshots or edited SHAREfactory videos by pressing the DUALSHOCK®4 controller’s SHARE button to USB drive will also be added, allowing users to share their proudest, most heroic gaming moments with the world on the social video platforms of their choice.

Watch Live Broadcasts in HD or View Broadcasts Later with Archiving Support
With the upcoming update, users will have the option to broadcast their gameplay in 720p HD resolution and archive their broadcasts via Twitch and Ustream.

Additional features and updates introduced with system software v1.70 include:

DUALSHOCK 4: Brightness settings for the light bar will be available in Bright, Medium and Dim, accessible in the Settings menu. Users also will have the option to control the on-screen keyboard using the DUALSHOCK 4 controller’s touchpad, with inputs registered by clicking the touchpad or pressing the X button.
PlayStation Store: Alternative Payment Methods (APMs) will be introduced for content purchased within PS Store, including PayPal support.
SHARE: Updated settings will allow users to upload screenshots or video clips during a live broadcast, change the default recording time for gameplay captures, and select only the specific screenshots and video clips they want to save on their PS4 system. In addition, users will have more control with the privacy of their uploaded SHARE videos or screenshots on Facebook, with the ability to select the audience to whom the upload will be visible.
Friends: Find Friends easier and send requests with the ability to search Friends-of-Friends, view Mutual Friends on another user’s profile, and accept Friend requests directly from the Friends list.
Trophies: Trophies will be able to be sorted by rarity from the Options menu.
PlayStation Camera: PlayStation Camera will respond to additional voice commands, enabling users to launch select installed apps.
Music Unlimited: PS4 users with a subscription to Music Unlimited will be able to share songs by pressing the SHARE button on the DUALSHOCK 4 controller.

The PlayStation Vita will also get an update to 3.15, allowing automatic pairing for remote sharing:

PS Vita 3.15 Update
The PS Vita system will also receive a system software update to version 3.15 with the same timing as the PS4 1.70 update, adding some key feature enhancements that will strengthen the connectivity and integration between the PS Vita and PS4 systems. The 3.15 update will enable Automatic Device Registration, which will automatically pair the devices when both systems are online and the same user is signed in to both, making it even easier to link a PS Vita system with a PS4 system for Remote Play and other second screen features.

It looks like it’s even update time for the official PlayStation App, bringing it to v1.70 also:

PlayStation App 1.70 Update
The PlayStation App for smartphones and tablets, available free on the App Store and Google Play, is also set to receive an update to version 1.70 within the same launch window as both the PS4 and PS Vita system software updates. The update will add push notifications and allows users to change their profile picture by uploading from their mobile device’s photo library or taking a photo using their device’s camera. In addition, Friend requests will be able to be sent via email and text messages, making it more convenient and easier to add Friends and grow your network. The PlayStation App will also support iPad resolution with the update to 1.70.

We’ll see the upgrade roll out tomorrow. Can’t wait to try out some of these new features!