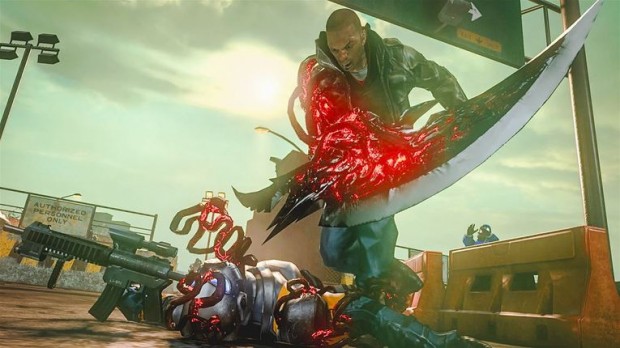 Prototype, the action parkour sandbox adventure franchise released on Xbox 360 and PS3, has been re-released on current generation platforms in the form of the Prototype Biohazard Bundle. Released without any prior notice, the bundle includes both Prototype and Prototype 2 and boasts an improved frame rate, increased resolution of textures and full HD visuals.

The bundle is available immediately on PlayStation Network and Xbox Live for the price of $49.99. Both games will also be available to purchase separately starting on August 11th. For more on the Prototype series, check out our full review of Prototype 2.