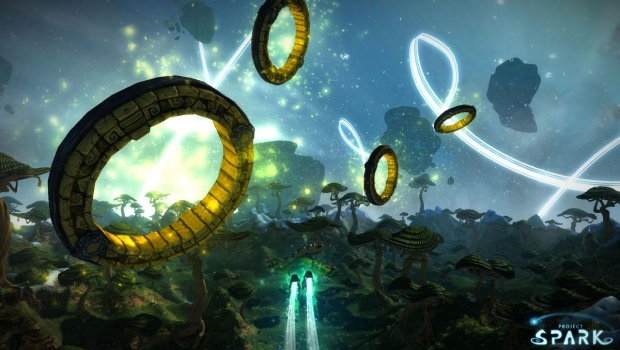 The folks over at Team Dakota have been busy readying their upcoming free-to-play game platform, Project Spark, for beta release – and today is the day that they start sending out invites globally to Windows 8.1 users who have signed up for the program. Slated to include Xbox One owners in early 2014, the beta program will run until the game is released.

Here’s what they had to say:

Since “Project Spark” was announced at E3 in June, hundreds of thousands of fans have signed up for the closed beta, which has begun rolling out today. Starting exclusively on Windows 8.1 and available to fans on Xbox One early next calendar year, registered beta participants are welcomed to a dynamic community where players create and creators play. The beta for both platforms will continue until the product launch next year.

“Project Spark” is an endless adventure where everything is customizable. Jump into an open world sandbox where players can create their own games, movies, stories and more and then share them with family, friends, and the world.