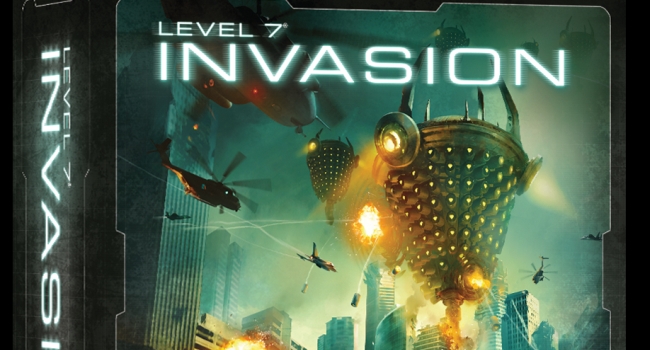 While Privateer Press might be most well known for their Warmachine and Hordes minis games, it looks like they have something for everyone.  They have just released three new games that will be of interest to those who don’t want to micromanage battles.

LEVEL 7 [INVASION] is a semi-cooperative board game of strategic global defense for 3–5 players. It is the third stand-alone board game in the LEVEL 7 sci-fi/horror universe and advances the saga beyond the critically acclaimed LEVEL 7 [OMEGA PROTOCOL]. In LEVEL 7 [INVASION], players command multinational coalitions in a concerted effort to survive and outlast an apocalyptic alien invasion.

“These releases continue our long-term growth and evolution plans for these critically acclaimed game lines,” said William Shick, Director of Business and Brand Development for Privateer Press. “Monsternomicon emphatically answers the demand for new adversaries to battle in the Iron Kingdoms RPG, LEVEL 7 [INVASION] brings the LEVEL 7 saga to a global arena of all-out warfare and desperate survival, and Faith & Fortune not only adds new factions to play in High Command, but also adds powerful new deck-building options to players of all factions through the brand-new Location cards and Winds of War decks.”

So here you have an RPG, board game, and a deck-building game.  Quite a nice spread if you ask me.