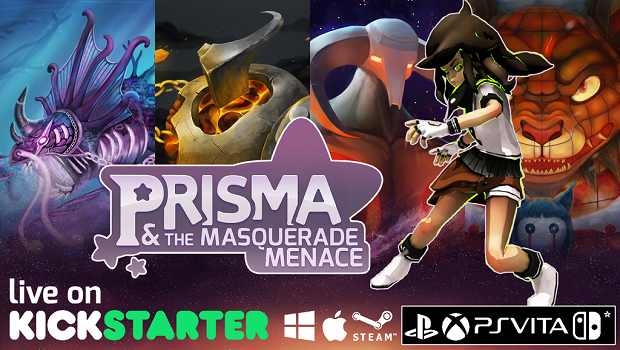 Shiny Bolt Games released its Kickstarter campaign for the upcoming puzzle-platformer Prisma & the Masquerade Menace. The company hopes to release the game on PC and Mac, with plans for console releases when stretch goals are met.

Prisma & the Masquerade Menace revolves around a young explorer named Ray and companion Fractal, who gives Ray different powers to overcome obstacles and solve puzzles as they recover magical masks spread throughout the world of Aura. By color-swapping out of the “neutral” dimension, Ray can jump higher, run faster, and destroy obstacles; with some dimension-switching mastery, she can combine powers and traverse Aura with ease.

The Kickstarter for the game is open for funding until March 16, with a $20,000 initial funding goal for PC and Mac. Certain stretch goals will expand the release to consoles and PS Vita. Stay tuned for more news on Gaming Trend.