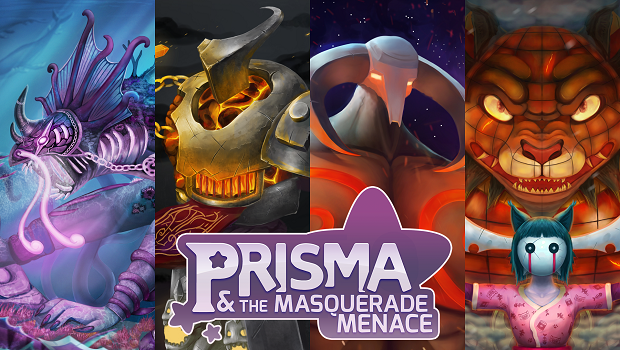 On March 12, Shiny Bolt Games announced that its Kickstarter for Prisma & the Masquerade Menace had reached its $20,000 funding goal. The game, due this December on Steam, is now aiming for stretch goals with less than three days until the Kickstarter ends.

Prisma & the Masquerade Menace revolves around a young explorer named Ray and companion Fractal, who gives Ray different powers to overcome obstacles and solve puzzles as they recover magical masks spread throughout the world of Aura. By color-swapping out of the “neutral” dimension, Ray can jump higher, run faster, and destroy obstacles; with some dimension-switching mastery, she can combine powers and traverse Aura with ease.

While the current funding goal has been reached, Shiny Bolt Games has outlined a list of stretch goals for more features, the first of which is a new world that will include five more levels plus a new boss at $30,000. The Kickstarter will run until March 16. Stay tuned for more news on Gaming Trend.