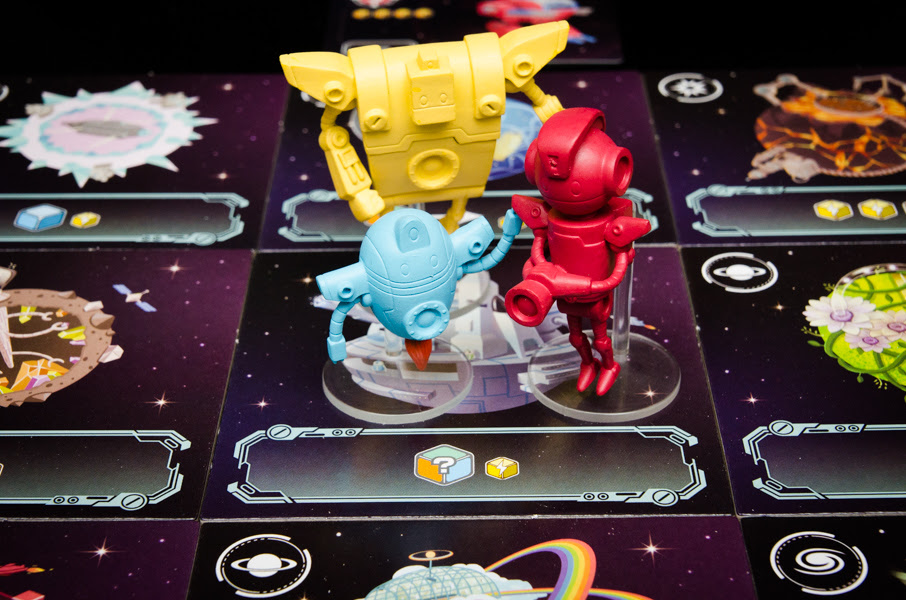 Defending the galaxy/earth/spaceship/castle can get long and laborious.  Sometimes you want to feel like you’ve done something great without taking several hours to get through the game.  Renegade Game Studios looks like they’re trying to give you a fun galactic experience with Planet Defenders.

In Planet Defenders, players pay batteries to control the three defenders, moving them among the planets and collecting energies. Players can enhance their actions by spending energies or batteries to upgrade their technology. They earn the research points by catching the disposed robots in outer space and by collecting technology cards.

When robots from two different piles are depleted, complete the current round so that all players have an equal number of turns. The player with the most points wins.

The artwork looks great, giving a sense of playfulness to the game.  Look for it in stores on December 13.