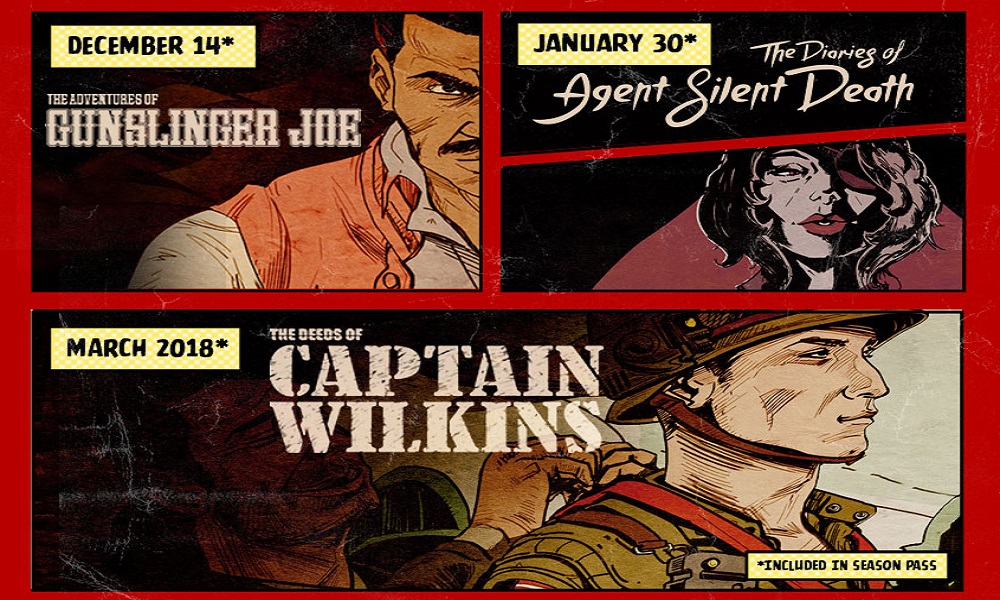 Just when you thought you’d had enough BJ Blazkowicz for the day with Wolfenstein II, Bethesda has announced some climactic new DLC content that will have you howling all night long. Available as individual DLC packs or combined as a $24.99 season pass, The Freedom Chronicles expands on the alternate universe of Wolfenstein II through the eyes of three different characters, and an opening DLC mission available now.

The Freedom Chronicles includes the following:

Episode Zero
Included with pre-order or Season Pass. Available now.
Episode Zero introduces players to Joseph Stallion, Jessica Valiant and Gerald Wilkins as they fight for freedom in the American Territories. Blast your way through Nazis using unique abilities and an arsenal of guns in this opening DLC mission.

The Adventures of Gunslinger Joe
December 14
As former professional quarterback Joseph Stallion, smash through Nazi hordes from the ruins of Chicago to the vastness of space!

The Amazing Deeds of Captain Wilkins
March 2018
As the US Army’s renowned hero Captain Gerald Wilkins, embark on a mission to Nazi-controlled Alaska to dismantle Operation Black Sun!

Check out our review of Wolfenstein II: The New Colossus here, and stay tuned for more news here on Gaming Trend.