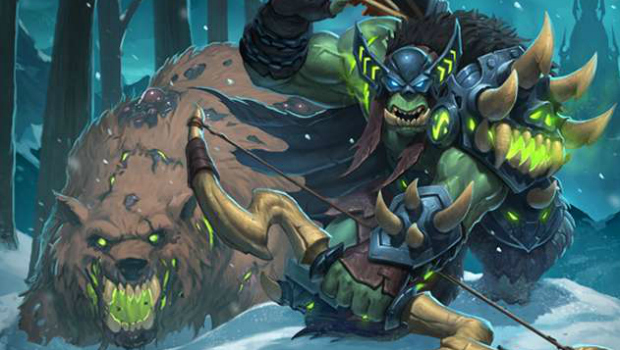 Those anticipating the next Hearthstone expansion, Knights of the Frozen, can now pre-purchase 50 packs for a discounted price, Blizzard announced today.

With a recent Hearthstone update, pre-purchases became available both online and within the in-game shop. For $49.99, players will receive 50 Knights of the Frozen Throne packs (which can be opened once the expansion launches in August) and an exclusive card back called Frostmourne—a reference to the weapon from World of Warcraft lore.

Knights of the Frozen sees the Hearthstone debut of the Lich King, an iconic villain from World of Warcraft’s 2008 expansion, Wrath of the Lich King. In the card-collecting game’s universe, the Lich King succeeds in killing the nine playable heroes and resurrects them as Frozen Knights. These renditions of Hearthstone’s playable heroes will take form in new Hero cards which, when played, take the place of the player’s hero and receive a new Hero Power. So far, Blizzard has revealed the Hunter class’ Hero card: Deathstalker Rexxar.

Knights of the Frozen Throne is expected to launch this August. By that time, Blizzard plans to launch an update which prevents players from receiving duplicates of Legendary cards when opening packs.