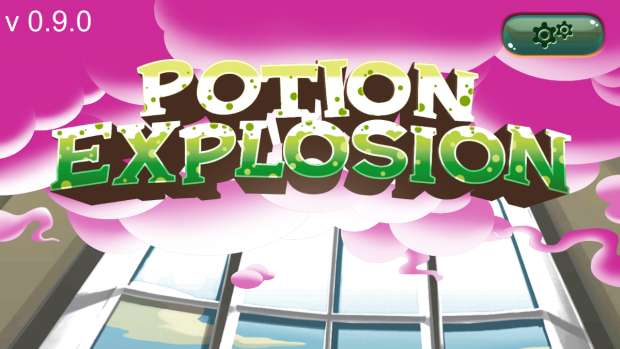 Puzzle games seem to be hot on portable devices.  From Bejeweled, Candy Crush, and Puzzle Quest, match three games are heavily played.  While Potion Explosion doesn’t scratch that same itch, it does have a few similar puzzle elements, and the box for the sliding marbles works surprisingly well.  Soon you won’t need to bring it along because you’ll be able to play it on the go when it’s released in December.

Asmodee Digital is proud to present the digital adaptation of the award-winning magical game Potion Explosion, by Horrible Games. Developed by Studio Clangore as a faithful digital version of the board game, it will be available on mobile devices in December. Attend the Horribilorum Sorcery Academy for Witty Witches and Wizards and attempt to become the head of the class by creating incredible potions!

To each their own potion!

Ready for the final exam? Witches and Wizards, gather your ingredients and get ready to concoct complex and valuable potions to impress Professor Albedus Humblescore! Unicorn tears, dragon smoke, ogre mucus and fairy dandruff! Gather your resources in the dispenser, and compete with ingenuity to collect ingredient marbles of the same color to trigger explosions! The more identical marbles collide, the more ingredients are collected through chain reactions to cook up your magic beverages. Combine the correct ingredients to create stunning potions such as the Elixir of Blind Love, the Potion of Prismatic Joy or the Sands of Time. You can also drink potions and benefit from their magical effects to collect more ingredients to be placed in the player’s dispenser or directly into a rival’s inventory.

In Potion Explosion, students of the Horribilorum Sorcery Academy must prove themselves by designing as many potions as possible. Players must use their talent to win skill tokens by mastering a particular potion several times or by proving their skills at preparing a variety of potions. Garner the most skill tokens to win the game and become a Potion Master! You have stage fright? Choose to take the exam alone in solo mode or confront students from around the world in multiplayer mode and etch your name on the leaderboard. Follow the tutorial to learn the secrets of potions and revise your exam before you begin your careful blend of mixtures. Don’t panic, once in the class room, players can ask for a little help from Professor Humblescore to obtain the right ingredients. Become a professional potion-making wizard in this adaptation boasting graphics and animations straight out of a magical fantasy world!

Potion Explosion will be available early December on iOS and Android for $6.99.

This is a great way to try it out before buying the full game, and it sound like there’s plenty of options to keep solo players happy.