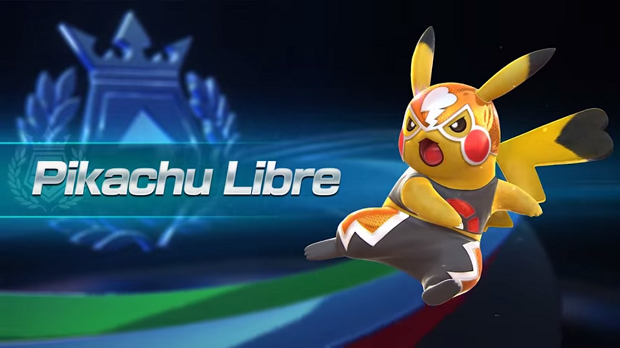 Fans won’t have to go to an arcade to experience the Pokemon fighter Pokken Tournament for too much longer, as Nintendo has confirmed the game is coming to Wii U.

Pokken Tournament will be released worldwide on the console in spring 2016, and will feature all the playable characters included in the arcade version, including the recently-added Blaziken. New to the Wii U version of the game is Pikachu Libre (pictured above), a luchador Pikachu that appears to have a different moveset than the standard version of the character.

Announced last year, Pokken Tournament launched in Japanese arcades back in July. Alongside the planned Wii U release, Dave & Busters is testing Pokken Tournament to potentially be featured in the arcade chain’s line-up.